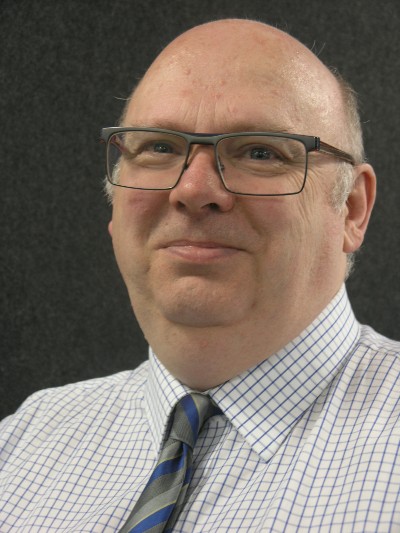 A posthumous honorary membership of the Pharmaceutical Society of New Zealand has been awarded to Dr Stewart Jessamine.

The award was accepted on Stewart’s behalf by his wife and daughter at the Society’s Annual Spring Stakeholder Function on 4 September 2019.

Honorary Membership is awarded to individuals who are not pharmacists, and who have rendered “distinguished service to the Society or to pharmacy in New Zealand”.

Dr Jessamine was very deserving of this honour. He was a Member of the Medicines Classification Committee for 22 years (from 1997 to 2018), and the Chair of the committee from May 1998 until November 2018.

Under Dr Jessamine’s watch, New Zealand became renowned as a world leader in improving public access to medicines through pharmacists. This is by no small measure due to the input, leadership and passion that Stewart brought to his role as Chair of the Medicines Classification Committee.

Dr Jessamine was born in 1958 in Glasgow, Scotland, and studied medicine at the University of Glasgow. His professional career in New Zealand began as a GP after migrating here in 1987.

In 1993, he joined the Ministry of Health, making an indelible mark over the course of 25 years. His passing in February this year was a huge loss for the pharmacy profession.

He played a pivotal role in New Zealand leading the world in medicines reclassification. His confidence in pharmacists’ abilities to provide medicines to select groups of people was a key part of this. So were his innovative ways to reclassify medicines that maximised the safety and appropriate use while ensuring the benefit of greater access for consumers.

To understand his significant role in pharmacy’s progress, prescription to non-prescription reclassifications approved under his Chairmanship included the emergency contraceptive pill, meningococcal vaccine, shingles vaccine, Tdap (pertussis) vaccine, the Influenza vaccine and many other medications.

While reclassification was Dr Jessamine’s key contribution that has most obviously influenced pharmacy practice in New Zealand, he also worked hard to ensure medicines on the New Zealand market were safe and effective in his various roles at the Ministry of Health over a quarter of a century, including as Group Manager, Medsafe, and then Director of Protection, Regulation and Assurance.

His leadership was broad. He was a member of the Executive Board of the World Health Organisation and chaired the General Assembly of SNOMED CT International, a not-for-profit international organisation that developed standardised medicines and medical devices terminology used around the world.

He was highly respected by all who knew him for his practical approach to medicines regulation and health policy, good humour, fairness, intelligence and passion.

Dr Jessamine’s leadership in reclassifying vaccinations was instrumental in getting the influenza vaccination provided, by pharmacists, publicly funded, to at risk patient groups.

The publicly funded aspect of this initiative is not common internationally, and the cascade of work that achieved this was initially enabled by the work of the MCC under Stewart's leadership. This has had, and will continue to have, a significant positive impact on the public health of New Zealand and the role pharmacists will play.

Stewart has been an authentic supporter of the role that pharmacists can and do play in improving the health and wellbeing of New Zealanders and he has been instrumental in many Ministry initiatives that have furthered pharmacy practice in New Zealand.