Christchurch pharmacist retires after 61 years in the profession 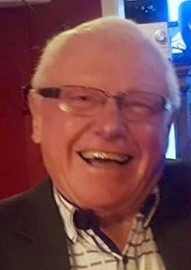 Christchurch pharmacist, Jack Banks, was 81 years of age when he decided to retire recently after working in the pharmacy profession for 61 years.

Jack believes that “pharmacists are a very important part of the medical system” and that the best part of being a pharmacist is “the respect people have for you.”

When asked what motivated him to keep working in the pharmacy profession for so long Jack explains “I love my work and dealing with the public was always one of my joys. I particularly enjoyed working with methadone patients, you know looking after the young people. It was nice to help keep them going on the straight and narrow.”

Robyn Thew, owner of Burwood Pharmacy in Christchurch, where Jack worked as a regular locum for 12 years describes Jack as “a real people person.” According to Robyn, Jack was “great to work with, nothing was ever a bother, and the customers loved him.”

Born in Reefton, on the West Coast of the South Island, Jack remembers spending a lot of his childhood tramping and hunting deer with his cousins. “I shot my first deer at 9 years old.”

Jack moved from Reefton to Christchurch to do his pharmacy training and apprenticeship. “My Dad died of cancer after the war. The widow’s benefit was being formulated in those days and we didn’t have any money for me to go to medical school in Dunedin to become a doctor. So, I decided to apply to the Apprenticeship Commission and received an apprenticeship to become a pharmacist with Papanui Pharmacy in Christchurch.”

Jack studied for 2 years at Christchurch Technical College, then another 2 years by correspondence with the Pharmaceutical Society in Wellington, while working as an apprentice for 4 years at Dales Pharmacy in Papanui, Christchurch.

Jack qualified as a pharmacist in 1958. “In those days it was an apprenticeship and quite different from nowadays. You had to wait until you were 21 until you could join the Pharmaceutical Society.”

During the 1960’s Jack bought his own business, Aranui Pharmacy in Christchurch. During this time Jack was able to get a locum in to run his business for 12 months which allowed him to live and work as a pharmacist in Wales and in Scotland. “It was probably the highlight of my career” says Jack. Jack worked in a small village pharmacy in Seven Sisters, near Neath in Wales and a pharmacy in Cowden Beath, near Edinburgh in Scotland. “In those days pharmacists from New Zealand could register in England, Scotland and Wales just by enrolling. It’s all changed now of course. But in those days, you could do that sort of thing” Jack explained.

Even though Jack loved his work and dealing with customers, he says having his business burgled was the worst thing about owning a pharmacy. “It’s not very nice having to get up at 3am after the burglar alarm goes off and come into work because someone’s put a stone through the window or tried to get through the front door.”

In 1980, the law was changed, and Saturday trading was reintroduced in New Zealand for the first time since 1945. As owner of Aranui Pharmacy, Jack then worked 6 days a week (Monday to Saturday). In 2005, Jack sold his pharmacy business and decided to work as a locum.

When asked how the pharmacy profession has changed over the years Jack says, “It’s more theory now and there’s so much work you’ve got to do adapting theory into practice, so much more training and study you need to do.”

Now that he has retired Jack is looking forward to spending more time with his wife Mary and his children and grandchildren. He is also looking forward to playing bowls and doing more tramping. “I’m a bit of a nutter on that sort of thing” says Jack.