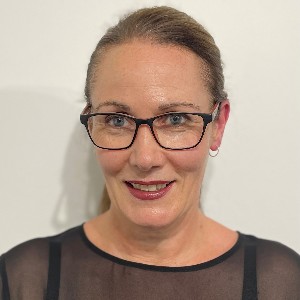 Amanda Lee Stanfield, owner of Titahi Bay Pharmacy in Porirua, has been awarded a Fellowship of the Pharmaceutical Society of New Zealand in 2021.

Fellowships are awarded for outstanding achievements and significant contribution to the advancement of pharmacy practice in New Zealand.

Ms Stanfield registered as a pharmacist in 1993 and since then has worked as an innovative community pharmacist. She has given freely to the profession both in governance roles in pharmacy organisations and as an individual supporting her colleagues.

In her role as a community pharmacist, Ms Stanfield is an early adopter. She was one of the first vaccinator pharmacists and was in the group of pharmacies that established the first pharmacist lead gout clinics in the Porirua basin.

She has strong relationships with the local community mental health service. To optimise the delivery of services to mental health patients, she completed a Diploma in Psychology to better understand the concerns that surround patients with poor mental health.

Ms Stanfield has given over 18 years of service to the Pharmacy Defence Association (PDA), as a Board member, Vice Chair and Chair. She says she is proud of her work with the PDA board because “it felt like it made a difference and helped provide support to pharmacists.”

The judging panel also noted her significant contribution to a Working Party chaired by Di Drumm, that wrote the New Zealand Qualifications Authority Unit Standards for pharmacy in the early 1990s.

Ms Stanfield says being awarded a Fellowship of the Society is very humbling.

“I don’t normally enjoy being in the spotlight, but it is very humbling. I think my mother is the one that is the most excited about it. I had calls from all my family congratulating me after I told my Mum.”

Ms Stanfield is an exemplary pharmacist, who is well respected by her peers, an inspirational leader, and an advocate for pharmacists throughout New Zealand.

Reflecting on the year, Ms Stanfield says she was very thankful for the way people in her pharmacy and community worked together during COVID-19 and with the support the pharmacy received.

“People from the community just walked in and offered to help. They volunteered to deliver medicines. We had people coming in and dropping off boxes of chocolates to keep us going. It was amazing.”

When not working as a pharmacist she enjoys spending time with her family and is either at the beach or on the mountain skiing with her three boys.

Ms Stanfield’s Fellowship award will be presented at a Pharmaceutical Society event in 2022.