The Pharmaceutical Society of New Zealand would like to congratulate all new 2020 Fellows for making outstanding and significant contributions to the advancement of the practice of pharmacy in New Zealand.

Jane registered as a pharmacist in 1996 and her career has spanned work in most branches of pharmacy as a hospital pharmacist, pharmacist facilitator, community pharmacist and then in a new innovative role of clinical project manager for the Midland Community Pharmacy Group while keeping up her community pharmacy practice.

Midland CPG has been extremely innovative and excelled in establishing leading edge pharmacist and pharmacy projects that have had an improved health outcome for patients. In the words of one supporter of the nomination without Jane’s significant dedication tenacity and positive can-do attitude, endless enthusiasm, and ability to inspire and bring people on the journey with her it would have been difficult to achieve and sustain these projects.

Jane is well respected by her peers, an inspirational leader and advocate for pharmacists as well as being an exemplary pharmacist herself. 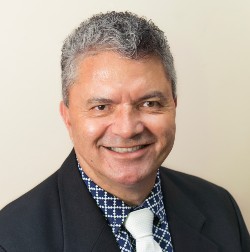 Mā o mahi ka kitea - It is the work you do and the ethic behind it that will define you.

Arthur registered as a pharmacist in 1983 and is currently an Addictions Pharmacist with the Auckland Opioid Treatment Service and a community pharmacist.

He has practice experience across both retail and hospital pharmacy as well as academic, regulatory and board roles.

He is a foundation member of the Ngā Kaitiaki o te Puna Rongoā o Aotearoa - Māori Pharmacists’ Association and held the position of co-President from 2003-2010. Amongst other responsibilities Arthur has been the Association representative on the Auckland School of Pharmacy Board of Studies.

He is currently Deputy Chair of the Pharmacy Council.

The President of Ngā Kaitiaki o te Puna Rongoā o Aotearoa, Kevin Pewhairangi, states, "Arthur thinks strategically and empathetically in everything he does.  He is a true mentor, making space for others to come through and take leadership positions in a way in which people feel enabled, capable and supported. Arthur advocates strongly for Māori health equity and has taken up leadership positions within the pharmacy profession to be able to push this imperative at decision making tables." 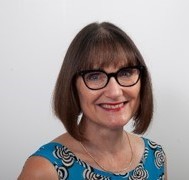 Penny registered as a pharmacist in 1979 and her career includes seven years as a hospital pharmacist, a period as a community pharmacist with a focus on residential care and medical reviews, and since 2011 practicing in a general medical practice setting (Northcare).

Penny was the first pharmacist to work in general medical practice in the Waikato, a role she excelled at and helped establish for other pharmacists.

In 2015 Penny became one of the early pharmacist prescribers and has continued to promote the role and mentor other pharmacists in this role.

Penny has been a member of the Board of the Clinical Advisory Pharmacists Association since 2009 and Chair since 2018.

Penny is recognised by her peers for her hard work and time devoted to promoting extended roles for pharmacists, supporting and mentoring others and making a valuable contribution in raising awareness, respect and status of pharmacists in the eyes of other health care providers. 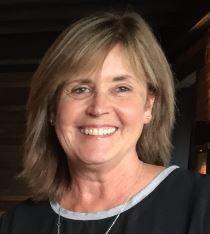 Desiree registered as a pharmacist in 1982 having graduated in pharmacy at the Central Institute of Technology.

Her postgraduate studies led to her being awarded the degree of Doctor of Philosophy at Otago in 2005. The subject of her thesis was ‘The nature and characteristics of adverse drug events and medications error in hospitalised children.’

Her experience and contributions as a pharmacist traverses the world of community and hospital pharmacy, pharmacy academia, medication safety research and national and international medication safety organisations and forums.

Desiree has dedicated her career to ensuring the safe use of medications. She has been both a pioneer and champion of this space, working tirelessly to use the unfortunate situation of a medication error to create learning opportunities which strengthen the safe supply of medications.

One supporter of Desiree’s nomination wrote:

‘Des for me epitomises the World Health Organisation concept of a seven-star pharmacist: 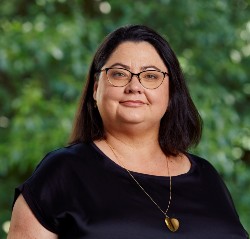 Deirdre registered as a pharmacist in the UK in 1994 and emigrated to New Zealand and completed her New Zealand registration in 2006.

Her career has seen her practice in community pharmacy in England, Northern Ireland and New Zealand.

Working first with her Opioid Substitution patients she undertook post graduate study completing a paper on the Pharmacotherapy of Addiction and then completed a project under the Health Quality and Safety Commission in 2018 and a Whakakotai project in 2019 on the physical Health of Addiction Patients. This project was recognised by the Nelson Marlborough DHB with the Health Innovation Award for He Tangata / The people - Teamwork and consumer engagement.

With about 1000 refugees from Myanmar, Bhutan and Columbia living in the area Dee is now completing a post graduate paper through Otago University on refugee health. With a DHB funded interpreter Dee not only provides pharmacy services but also health navigation and advocating for improving health services for refugees.

Dee was Community Pharmacist of the Year in 2014.

One supporter of Dee’s nomination says:

‘Dee and her team are integral to the care of the Victory Square community in many ways. Among others, arranging for flu vaccination en masse of the vulnerable populations, advocating and assisting with improvements in breast screening rates of the refugee population, and also supplementation in severe thiamine deficiency in refugees, especially pregnant women.

Dee understands that healthcare is holistic, and when she sees a gap, she contacts whomever she needs to, to try and meaningfully address this. She is not asking for special treatment just what any eligible New Zealander is entitled to. This is the essence of closing the equity gap. This is how it is done.’ 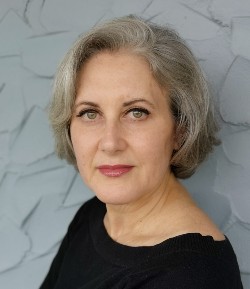 Pauline registered as a pharmacist in 1990 and began her distinguished career in hospital pharmacy. From there, she has continued to make a significant contribution to the advancement of pharmacist services through innovation and setting a high standard of work that has earned her the respect and trust of pharmacists and also stakeholders in the provision of pharmacy services.

Following ten years in hospital pharmacy – rising to Director of Pharmacy at Wellington Hospital -Pauline travelled overseas. She brought back the knowledge and experience she gained to Tauranga Hospital.

In 2008 she was a founding partner (along with Carolyn Woolerton) in establishing Medwise Ltd, an innovative model of pharmacist service delivery. Medwise now employs six clinical pharmacists. It is noted that the Heather Simpson led review of the New Zealand Health and Disability System in 2020 included Medwise as a case study for future services.

Pauline works to raise the profile of pharmacists in a number of ways.

Pauline works with three providers of the ACC Pain Management services providing holistic care and optimising the use of medicines and especially managing issues around habituation to analgesics.

Pauline is a national expert in the management of chronic pain and has presented to pharmacy and primary care peers. Her knowledge of enzyme pathways, interactions and adverse effects makes her an excellent peer support to both her profession and to other health practitioners. Pauline contributes nationally to resources supporting best practice.

Pauline’s research and writing has resulted in publication in the New Zealand Medical Journal and the NZ Doctor.

One of the people supporting Pauline’s nomination summarised Pauline as:

‘A passionate and influential practitioner, an advocate and driver of practice evolution, and a representative of pharmacy on a wide range of clinical working groups, both in her region and nationally. It is my belief that Pauline has made a substantial contribution to the advancement of the profession and the expansion and extension of pharmacist’ practice.’