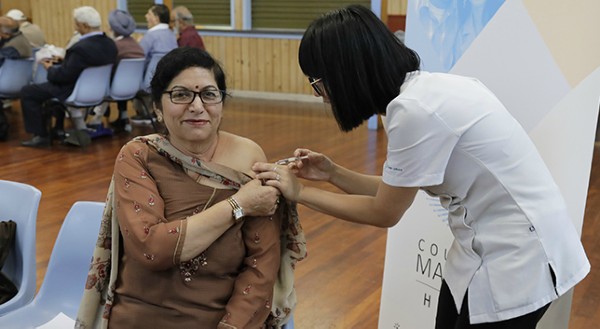 A free influenza vaccination service, delivered by pharmacists, targeting people aged over 65 from the Asian community in the Counties Manukau Health District, has resulted in more than 450 vaccinations being provided at clinics set up at Asian community centres.

The clinics, which are supported by health professionals who can speak Mandarin, Cantonese, Punjabi, Hindi, Korean and other languages have been delivered at temples, activity centres, churches and community centres.

A total of 28 community organizations took up the offer of the influenza pilot programme to their members aged 65 and over. In addition, free health talks and health checks were available at selected locations. A total of 458 individuals received flu vaccinations from the team of pharmacists at Unichem Pakuranga, more than double the original target. At one particular clinic session, 90 vaccinations were given and stock ran out. 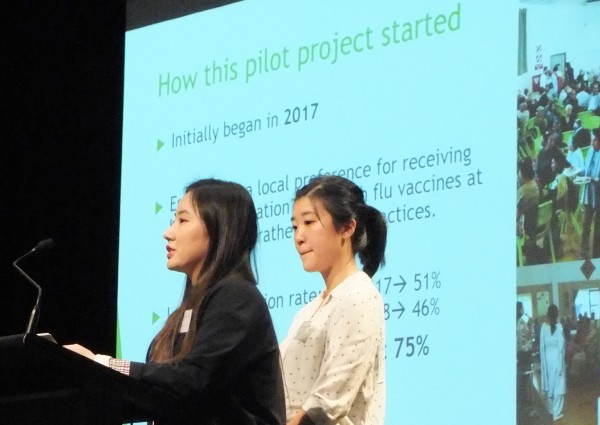 The community flu fighters pilot project was one of four finalists in the Pharmaceutical Society of New Zealand’s shark tank competition for new and innovative pharmacy services. The pilot project was presented at the Society’s conference in Auckland in August this year by Vanessa Shao and Lilian Shih on behalf of Vicky Chan from Unichem Pakuranga.

Influenza Immunisation Rates amongst the elderly Asian population in Counties Manukau have been low for some years (2016/17, 51%, 2017/18, 46%; Target 75%). Community meetings in 2017 established a local preference for receiving health information along with flu vaccines at social venues rather than GP Practices.

Based on that feedback, Unichem Pakuranga worked in partnership with Counties Manukau District Health Board (CMDHB) to develop a pilot programme in 2019, offering free influenza vaccinations to Asian people aged 65 or over, delivered by Vicky Chan and the accredited vaccinator pharmacists team from the pharmacy at organised Asian community events, churches and temples.

Videos made by Unichem Pakuranga and Counties Manukau District Health Board (CMDHB), featuring pharmacists Vicky Chan and Vanessa Shao, in Mandarin and English, as well as Hindi and Punjabi were used to promote engagement and were sent out to all CMDHB pharmacies and community health organisations to encourage flu vaccinations.