Don Griffin, the former head of the Central Institute of Technology pharmacy school, has been recognised in the Queen’s Birthday and Platinum Jubilee Honours list announced recently.

Mr Griffin, a long time Honorary Member of PSNZ, was made an Officer of the New Zealand Order of Merit for services to 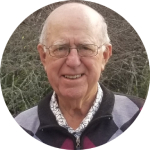 During his tenure at CIT he was promoted to the position of Chief Executive which he held until 1995.

The  PSNZ National Executive extends its warmest congratulation to Mr Griffin on achieving this honour.