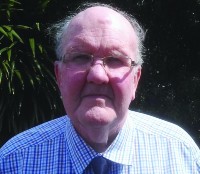 The pharmacy sector remembers the distinguished career of long-serving Christchurch pharmacist Peter Cooke who died of cancer on Sunday.

Pharmaceutical Society Chief Executive Richard Townley says Peter was well known and liked. "He was a good man and made a substantial contribution to pharmacy through the various leadership positions he held in the sector.”

During a pharmacy career that spanned more than 50 years, he served in numerous governance positions, including the Ministry of Health’s Primary Healthcare Advisory Board, and the Southern Regional Health Authority.

In 2006, he was awarded a Queen’s Service Medal for public service in the Queen’s Birthday Honours list.

Peter, aged 73, ran the busy Dodds Pharmacy in Merivale Mall in Christchurch for 34 years, before moving to Auckland in 2009.

Retired Christchurch pharmacist Stuart Irvine, who was Peter’s business partner at Dodds Pharmacy from 1997 to 2009, remembers Peter as a kind and gentle person.

“He was highly respected by staff and colleagues alike and frequently consulted by other in the wider primary health team for advice and expertise.”

Peter is survived by his wife Allana and his children David and Felicity.

His funeral will be held at St Thomas More Catholic Church in Auckland on Thursday. All are welcome to attend.