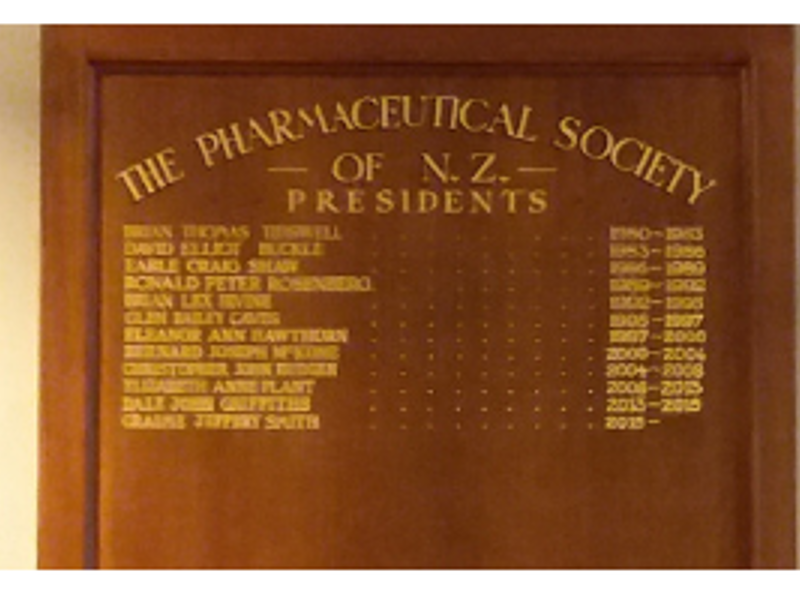 The Society Awards recognise contribution to the profession

The gold medal can be awarded to a member who has made a significant and outstanding contribution to the profession of pharmacy in New Zealand that is of a higher level then that deserving of a fellowship.

The National Executive appoints a panel of three to make the award. Nominations are not solicited for this award. Gold medals are pinnacle awards and there have only been 30 awarded in total.

Fellows of the Society

The Rules of the Society state that “the National Executive may in its discretion by ordinary resolution designate as a Fellow of the Society any Member who in their opinion has made an outstanding and significant contribution to the advancement of pharmacy in New Zealand".

A panel of Fellows who are not members of the National Executive is appointed to recommend to the Executive, pharmacists who are members of the Society and have made an outstanding and significant contribution to the advancement of pharmacy in New Zealand.

Award for Services to Maori in Pharmacy

The Award for Services to Maori in Pharmacy was created by the National Executive in 2010 to recognise individuals who they felt had served Maori in pharmacy.

Pharmaceutical Society Pharmacist of the Year

Do you know someone who;

Submission deadline for 2020 nominations will be announced later in the year.

Following the closing of nominations they are taken to a specially formed panel representing the Ministry of Health, pharmacy and medical professionals.

The recipient of the award receives a grant to further their education or professional development.

To submit a nomination for the 2019 Pharmacist of the Year, download and complete a copy of the following nomination form and submit as directed by Monday 9 March 2020. Click here.

Each year the Society honours the achievements of the top students in the University of Otago and University of Auckland Schools of Pharmacy. Top students for Year 3 and 4 in both schools receive a plaque and a grant.

In accordance with the wishes of the late Jack Noel Henderson, this scholarship was established to assist full time second year pharmacy students who were financially disadvantaged and unable to pay course costs.

Two scholarships of $3,000 each will be available but not necessarily awarded in each year.

Applications for 2020 are now open, click here for an application form.